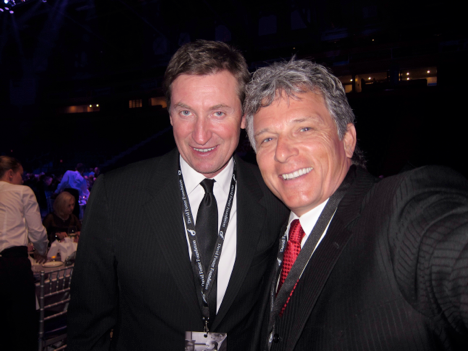 I first met Wayne Gretzky back in the 1980’s when he was racking up Stanley Cups with the Edmonton Oilers…I think he may have even come into our nightclub, called Danny Hooper’s Stockyard, a time or two. Back in those days it seemed everybody was into country music, thanks to an early-80’s movie sensation called the Urban Cowboy.

It was nice seeing Wayne at the David Foster Foundation Gala in Victoria last Saturday night (I got to meet another sport legend, Muhammed Ali. What a thrill!).

I have a lot of respect for guys like Wayne, and the way he’s been able to keep his reputation intact over the years. That’s not always an easy thing for celebrities to do.

And we need more guys like Wayne to bid on items at these big auctions…which he DIDN’T!!!