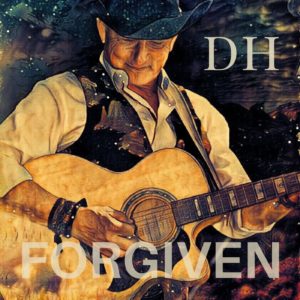 Danny has been busy writing new songs and recently returned to the recording studio after a 15-year hiatus from the music industry. The new album FORGIVEN is now available online at Apple Music, Spotify, and HearNow.

This collection contains brand new songs, all written by Danny, plus a BONUS 25th Anniversary version of The John Deere Tractor Keys (it’s haunting, but you’ll love it).

Produced by CCMA Producer of the Year Bart McKay

i need a buck

hole in the bucket

Danny got his start in music thanks to his father, Don. After buying Danny his first guitar at the age of 10, Don got him his first paying gig by convincing a small town bar owner to let under-age Danny perform a few tunes for the appreciative crowd. At the end of the night the bar owner happily shelled out $60 cash and the rest, as they say, is history.

When Danny formed his first band, The Hayloft Rangers, his father handled all the bookings. After two years of college, Danny hit the road full-time, averaging 48-49 weeks a year playing bars and nightclubs across western Canada.

After fours years of cutting his teeth, honing his craft, and paying his dues on the road, Danny and father Don opened Edmonton’s first exclusive country music nightclub in 1979.

His signature hit, the John Deere Tractor Keys, was co-written with Derek Stremel in 1995 and has become an anthem for farm families across North America. 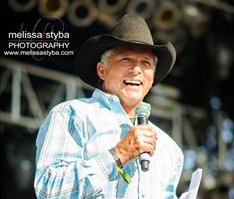 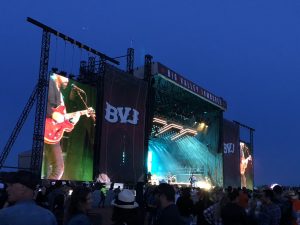 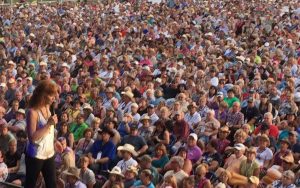 2022 produced another successful Big Valley Jamboree with fan-favourite performances by HARDY, Tim McGraw, and Eric Church. We were all happy to be back after the 2-year forced hiatus caused by the pandemic. 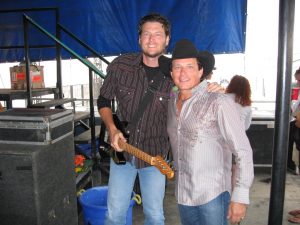 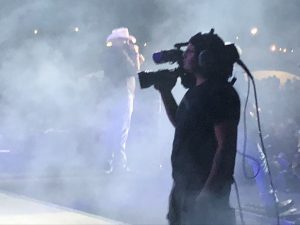 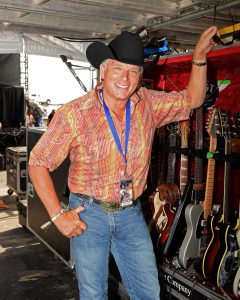 A guitar from Dad at the age of 10

Danny Hooper is a born entertainer, with a big talent that showed up early. He was just a young boy when he began performing with his drum-playing brother for family and friends. His father bought him his first guitar at the age of 10, an instrument that still hangs proudly on the wall of his office. Early on, Danny formed his first band, the Hayloft Rangers, and the countless weekend performances in small-town venues financed his college education.

A talent contest leads directly to a Juno nomination

In 1975, while still attending college, Danny entered the first-ever CFCW Country Star Search, a talent competition that resulted in him winning a recording contract with Royalty Records. His first album with the label garnered a 1976 Juno nomination for Best New Male Vocalist.

More than 5,000 live performances and counting

Danny’s early musical successes led to more than 5,000 live performances delivered over years of touring, as well as nine albums, four CMT music videos, and hit singles “John Deere Tractor Keys”, “Eleven Roses”, “Blue and Broken Hearted”, and “We’re Not Even Talking”. Danny has performed onstage at Disneyland, the National Finals Rodeo (for seven consecutive years), and the Grand Ole Opry. Danny writes most of his own music and records in Nashville, TN, and Austin, TX, and Edmonton, AB. Several of his albums were produced by Grammy award-winning guitarist/producer Redd Volkaert. Danny’s new material is being produced by CCMA Producer of the Year, Bart McKay.

Following a 15-year hiatus from writing and recording, Danny recently returned to the studio with a fresh batch of original songs. His new album is entitled FORGIVEN and has proven to be a fan favourite.