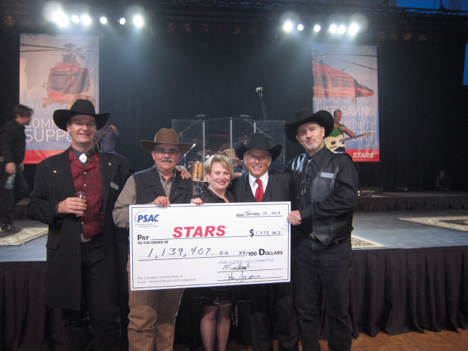 Wow! What a great way to kick off the new year! And what a great organization…

STARS Air Ambulance is a non-profit, charitable organization that has flown over 23,000 missions since its inception in 1985, and currently operates from six bases in Calgary, Edmonton, Grande Prairie, Saskatoon, Regina, and Winnipeg.

The bidding was fast and furious at the STARS & SPURS GALA in Calgary last night, and if the $1,139,407 raised is any indication, it’s going to be a big year for fundraising auctions as the economy continues to show signs of recovery…and philanthropists are once again opening their wallets.