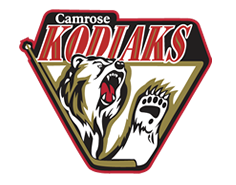 Andrukow Group Solutions and Camrose Kodiaks return with bigger, better ‘Harvest Hockey Hooky 2’ AJHL game in salute of agriculture in Alberta. Camrose, AB – September 10, 2015 Andrukow Group Solutions Incorporated (AGSI) and the AJHL’s Camrose Kodiaks are back with a second salute to Alberta farmers with ‘Harvest Hockey Hooky 2’ in Camrose on Friday, November 6th, 2015. The event brings two pillars of Alberta tradition and culture together, farming and hockey. On Friday, November 6th, the Camrose Kodiaks faceoff against the Brooks Bandits at 3:00pm at the Encana Arena in Camrose. More than one thousand free tickets will be given to farmers, agricultural societies, 4-H and school groups, and agricultural stakeholders as a way of saying thank-you for the tireless efforts put in year on year to provide food for an ever-growing global population, and ensure Alberta’s rich agricultural history remains strong for generations to come. The game itself is the centrepiece of the event, and attendees will be treated to many other special additions, including a charity puck toss, guaranteed $5000 50/50 draws, and a chance to win many other great prizes. As an added bonus, the game will be followed up with a tradeshow and beer gardens in the Camrose Fieldhouse, kids activities centred around curling and hockey (with a few special appearance surprises), and to cap the day off, Juno Award winner and Alberta’s own Brett Kissel will take the stage at 7:30pm for what is sure to be an amazing show. Says AGSI Marketing Director Keynon Ternovoy: ‘It’s a way for us to give back and say thank-you to integral members of our communities – our farmers and their families – whose tireless efforts don’t always receive the recognition they deserve. Last year was certainly special, and we wanted to raise the bar this year by coming back bigger and better with Harvest Hockey Hooky 2.