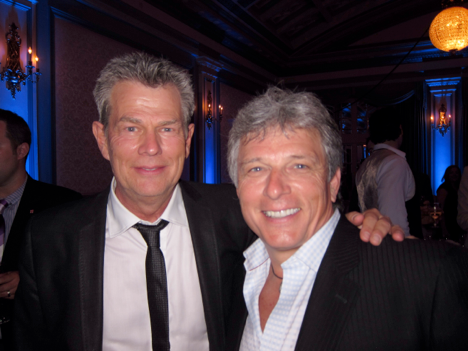 Just before stepping onto the stage for last night’s David Foster Foundation Gala Auction, the man himself approached me with a rather stern look on his face.

“How much do you think we’ll get for my piano?” he asked, referring the the beautiful Grand piano onstage that had been signed over the years by some 120 luminaries from the sport and entertainment world, including Barbra Streisand, Lionel Ritchie, Stevie Wonder, Wayne Gretzky, Andre Agassi, etc.

“Let me ask you this,” I replied. “If it sells for $1,000,000 would you agree to write a song for the buyer’s wife or girlfriend, and perform the song on the piano, in their home, for a private reception with their friends?”

I took a deep breath, crossed my fingers, and stepped onstage… but no takers. At least not at that price.

We took the song offer off the table, and later that evening the piano alone sold for a very cool $500,000! Half of what we’d hoped for, but still, not bad.